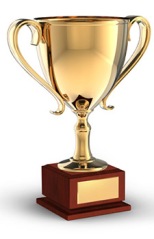 A new series of tournaments has been announced by Kabam: The Masters Season 1. The series of events spans the entire remainder of the month of February, consisting of both individual and alliance based tournaments, in which special items to track progress can be won. Also, prizes will consist of special items that can be traded in in the Sage Tower for various prizes, giving the players freedom to spend their earnings on whatever prize they need most! Considering the name, there will likely be more Master Seasons in the future. In this article I will provide all known information about the tournament series 1 as it plays out.

1. Series in a nutshell

Much of this has already been stated in the opening paragraph, but he who doesn’t like some repetition? Basically, the Master Series play out like normal tournament series. There are individual and alliance based tournaments in which you and your alliance will compete to win prizes. But here are the three differences with normal tournaments:

Schedules will be released for the tournaments, but currently only the schedule for week 1 has been released. Other schedules will follow when they are released as well.

It looks as if the schedule is identical to the one of week 1 for now.

The following trade-ins have been available in the Sage Tower for either Season Coins or Season Tokens. Please note that Tokens can be traded in for Coins, but not the other way around. There is no guarantee that this will become available in future trade-ins, so for now, once traded for coins, the Token prizes cannot be bought anymore! For all trades, either Coins or Tokens, the equivalent number of Token or Coins are given in grey.

Note: If you want to spend Tokens and Coins on the Battle Cry or Shield Wall chest, go for the option with 100 coins, as it is cheaper than the 5 token trade. So far, this has been the only trade in which there is a difference between token and coin trade-ins. 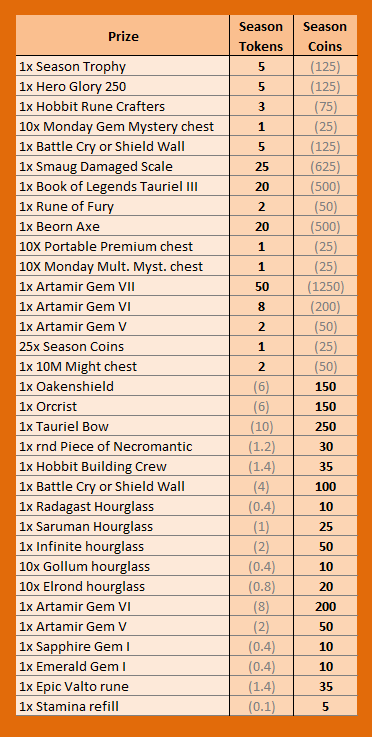 As mentioned in (1.), the tournament series does not only reward top alliances and individual players for the different tournaments, but also keep track of the overall score using the Trophies, which will be used to grant overall Season 1 prizes for the best Alliances and players across the servers. Recently Kabam sent out an email with these prizes: